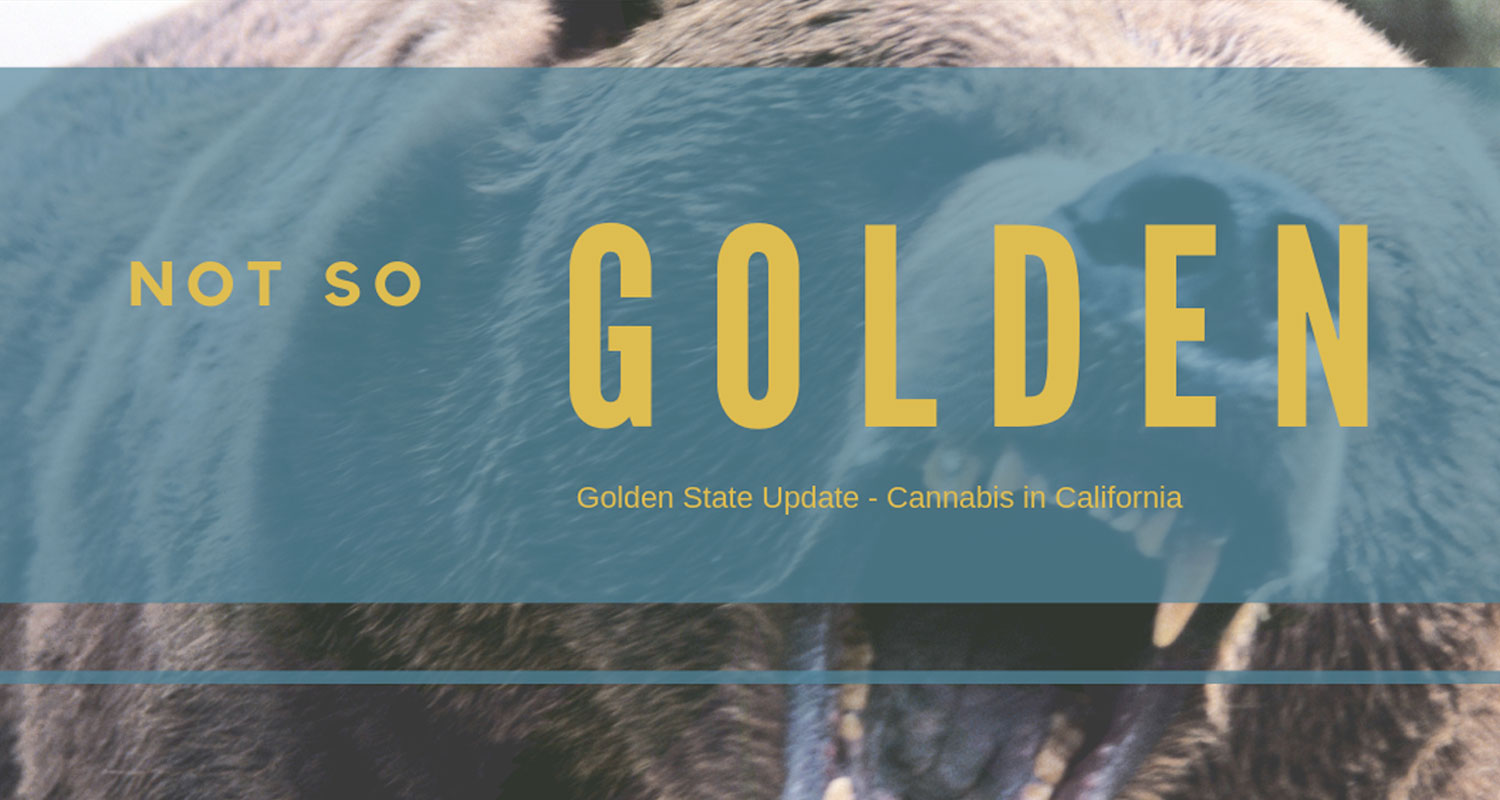 As we’ve continued to check in on the good (Oklahoma) and bad (Massachusetts) across the country in terms of rolling out legalized and medicinal marijuana, it’s always worth checking in on California. Often a forerunner in ways both good and weird, the Golden State has seen a mixed bag of news lately.

Remember Proposition 19? Of course you don’t; it happened in 1972. But that unsuccessful ballot initiative cemented California’s place as a trailblazer in the legalization world. It was the first state – by two full years – to legalize medicinal cannabis, in 1996. And California joined Nevada, Maine and Massachusetts in legalizing recreational marijuana use in 2016.

So how’s it been going? Well, let’s see …
Imagine how you’d feel carrying around a grocery bag containing $350,000 in cash. That’s how some legitimate cannabis businesses are paying their state taxes in California, although to be fair this is not entirely the fault of the state. As we’ve seen nationwide, banks are still reluctant to do business with those producing what is still an illegal drug at the federal level, hence the brown bags. But until recently, some farmers have had to drive up to five hours with those brown bags to pay their taxes. The state finally located tax collectors in the heart of what’s called the Emerald Triangle, alleviating some of the travel, if not the dangers of a cash business.

In other news, a tug of war has ensued over home delivery. Because (like many other places) California has lagged in getting retail dispensaries opened, some residents have found the need to drive 50 to 100 miles to reach the nearest retailer. That’s an inconvenience for someone using recreational marijuana, but a real issue for those depending on it medicinally. Subsequently, the state: passed legislation allowing home delivery; was on the receiving end of a lawsuit filed by 24 cities to block home delivery; and sidelined a bill that would have prohibited home delivery for the next year. In short, home delivery is ok … for now.

The situation as a whole, though, is probably best described in the headline of a recent New York Times article titled, “Getting Worse, Not Better.” As we’ve seen in other states, the “not in my backyard” stance of many municipalities has limited the number of legal outlets (some 80 percent of California municipalities prohibit retail marijuana business). And as we’ve also seen in other states, this means a huge, ongoing payday for the black market operations that were supposed to go out of business with legalization. The legal farmers are frustrated – they’re paying taxes and the bad guys aren’t – and law enforcement is right behind them as the problem worsens.

In the Golden State, as in many others, the Law of Unintended Consequences is in full effect.